Standing on the corner of Clarendon Street and Wellington Parade, overlooking both the MCG and Fitzroy Gardens, is the Hilton Hotel, one of Melbourne's most well known buildings. 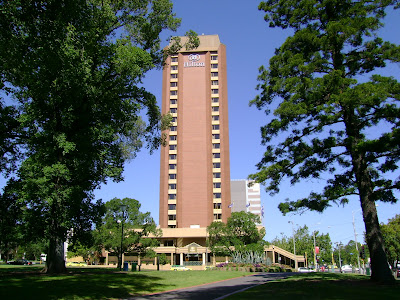 For the last two generations of sports fans in Melbourne, the Hilton has provided a comfortable backdrop to the walk to and from the 'G; younger attendees perhaps scoffing at the building's now outdated design, older heads perhaps remembering when they used to meet friends in the Sportmans Bar for a pre-game drink.

But while the Hilton on the Park has become a familiar part of everyday life in Melbourne, less familiar is what stood on the same spot prior to the hotel's construction in 1970. For at one time, this prime piece of parkside real estate was the location of Melbourne's largest house.

William Clarke was the first born son of a migrant English family who had come to Australia in the 1830's to find their fortune. William's father, William senior, settled in Van Dieman's Land  initially, but soon joined the influx of 'squatters' headed for Victoria, once the Colonial Government began to offer land to anyone, effectively for nothing, willing to settle on it. The Clarke's secured themselves large tracts of premium farmland and were soon established as one of Victoria's wealthiest families. When William junior finished his schooling in 1850, he went to work for his father, and assumed control of their business operations in 1860. When his father died in 1874, William Clarke became the largest landholder in Australia.

An enterprising and industrious man with wide interests, in middle age William Clarke would oversee not only the family land holdings but also invest heavily in scientific research, sit in State Parliament, give generously to charity and be elected president of both the Melbourne Cricket Club and the Victorian Football Association. In 1882 he became Australia's first baronet, in recognition of his philanthropy.

In 1887 he decided to build a new house in Melbourne, his family having been previously based on a large estate near Sunbury. Reflective of his wealth and stature, the new residence was to be built on a grand scale, on the large plot of land in East Melbourne that would one day house the Hilton.

Dubbed 'Cliveden,' after the famous country estate of the Astor family in Buckinghamshire, the palatial Italian Renaissance style house became Melbourne's largest residence. No expense was spared in either the construction or the embellishment of the building; oak paneling was shipped from England, stained glass from Italy and a team of craftsman arrived from Florence to work on the fittings. There were 28 bedrooms, five bathrooms, 17 individual servants quarters and three oversize marble fireplaces in the dining room alone. The entire dwelling cost the then staggering sum of 182 000 pounds.

The Clarke's moved to Cliveden in 1888 and the house soon became the centre of Melbourne's elite social scene. William Clarke was a generous man and he entertained lavishly and often. And the house itself was considered one of the city's undoubted showpieces; famous for its size, setting and views.

But the economic boom that had driven Melbourne's expansion in the 1880's, gave way to a sharp economic downturn in the following decade. William Clarke, director of the Colonial Bank, lost a large sum of money when the bank foundered in 1893. In what was said to be typical of the man, Clarke paid depositors who had lost their investments back out of his own pocket. The strain of this large, public failure apparently told on him though. Clarke's health suffered after the bank's collapse, and he died suddenly of a heart attack in 1897.

The fabulous Cliveden passed to Clarke's wife Janet, and she continued to live in the premises for another decade, until her death in 1909. Cliveden was then sold to the Baillieu family, at 44 000 pounds they paid a fraction of the original cost, who converted the house into 48 luxury apartments.

Opulent apartment living was a novel idea in Australia at the time and this, combined with the former prestige of the building, made 'Cliveden Mansions' (as they were now renamed) a highly desirable address.

But after the second World War, the mansions began to lose their lustre. Features of the building such as the communal dining room that tenants shared were now viewed as old fashioned, rather than desirable. Cliveden came to be viewed as out of place with its surroundings, rather than enhancing them. The mansions steadily lost patronage over the next two decades and by the 1960s were a broken down, neglected shell.

The property was sold and demolished in 1968. Local wrecking firm 'Whelan's' removed the valuable fixturing and then flattened the building with a wrecking ball. Most of what was saved was sold at auction, which ran to 2500 lots and so gave some idea of the scale of the building, and some was set aside, specifically for one of the new Hilton's dining rooms.

This new dining room was to be called, The Cliveden Room. A small tribute, for one of the grandest houses ever built in Australia. 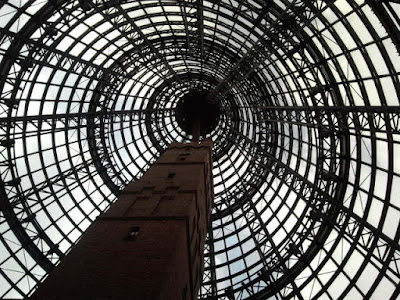